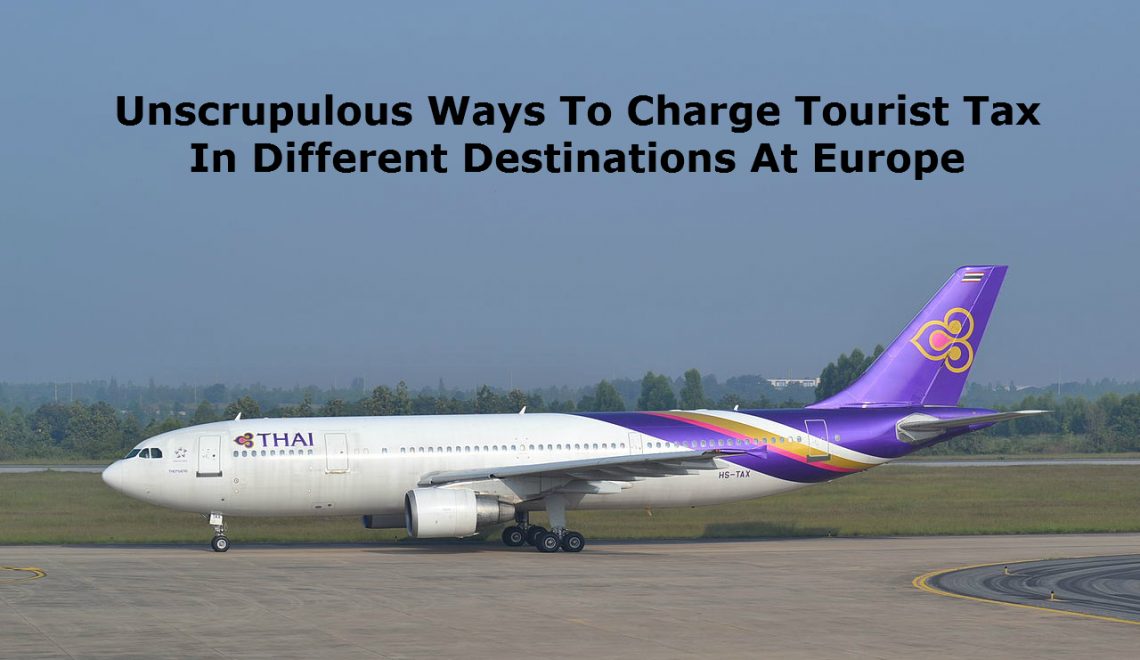 Europe is a place where everyone on this planet wants to visit at least once in their life time. The person may not have a keen interest in visiting foreign lands, but Europe with its rich cultural and historical backdrop attracts every individual may that be young or old; none is left untempered with the glory of this land. These days every country is improving its concept on tourism. This is a sector that has shown unprecedented growth in the recent years in almost every country, hence every country charge tourist tax on every tourist in all possible ways. Every country is bent on increasing their travel diaries, as besides being a developed place for tourism it attracts many people from different places which gives the government a huge amount of profit and simultaneously country’s rich culture is travelled to different places with the tourists from different parts of the world.

The influx of tourists every year in Europe is increasing and as a result the hotels and resorts are adding tourist tax to the bill of their customers about which the customers are completely unaware. This fee is included in the price of their accommodation. This is a smartest measure adopted by European cities due to which the tourists do not complain and the hotel management and the government is benefitted without owing to give any further explanation regarding their inflated bills. Cities like Germany, Austria, Switzerland, Netherlands and even Greece are adopting the same measure with an intention to increase their profit which is going on almost since 1994 and they name it as ‘tourist tax’. As if the tourists are liable to pay this amount because they have entered the cities as tourists and not as immigrants and will leave this play after a stipulated time period.

Italy, Spain and Slovenia have also registered their names in this list of ‘tourist tax collectors’. For instance, you will be surprised to know their method to instigate such huge amounts of bill. In Rome tourists who are staying in 3-star hotel are liable to pay to the hotels authority 2 Euros behind every person for just staying for a single night and as the stars in the name of the hotels go on increasing the liable payable amount also increases as the guests have to pay 3 Euros per head for just a stay for a single night in 4 or 5 star hotels. This tourist tax applicable for an exceeding limit of 10 nights, as the tourists better return to their destination after the mentioned time period.

This was the situation for Rome as the Euros tend to vary with different cities. You must have heard the name of the city called Venice as the 5 star hotels present there charge 5 Euros after every single adult for staying there for a single night. Some places even charge tourist tax from the guests who are living in apartment and B&B. So, you can understand that this discrepancy is not only restricted to the star studded Hotels, but the entire country is under the spell of this vicious method of making money.