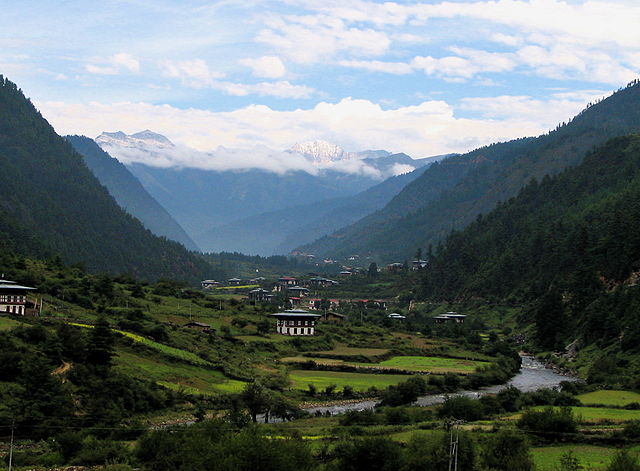 Bhutan is the last known Shangri-la on earth, a country with breathtaking beauty and manmade treasures. Rich with valleys, temples and monasteries, handicraft emporium, snow capped peak, vast valleys are all the attractions.

Five most important attractions are:

Tigers nest monastery is situated in Paro valley above 3000m standing on the enchanting forest of blue pines and rhododendrons. This beautiful and very exceptional monastery is a sheer climb of 900m, thus a pony can be arranged till the cafeteria, then its steep stairs which you have to climb to reach the monastery.

To Buddhist pilgrims this is one of the most sacred places as it is known that the 2nd Buddha, Guru Rimpoche was said to have meditated here and bought Buddhism to Bhutan, and he arrived on a tigress back. The view from this valley is breathtaking and holy, and it’s a dream for the Bhutanese to visit this place atleast once during their lifetime. The Punakha Drubchen is a unique festival because it hosts the dramatic recreation of the battle scene of the 17th century with the Tibetan army. This festival preserves the culture and tradition of Bhutan. People from all over the world come to visit this festival which is very colorful and vibrant. Punakha Dzong is a magnificent backdrop which is the most beautiful building in Bhutan. Punakha was the capital of Bhutan till 1955. Dzong was built 1637 by Zhabdrung. It is the second oldest and second largest Dzong in Bhutan. It is a beautiful and majestic Dzong also called as Palace of Great Happiness. It is 3hrs drive from the capital Thimpu, the place is a breathtaking and a glorious sight. It is placed strategically in between two rivers Pho Chu (male) and Mo Chu (female) which has noticeable color difference between the river water. It is joined to the mainland with a arched wooden bridge. The spectacular kuenrey the assembly hall is open for tourist. The peak of Zuri Dzong hike has a perfect bird eye view of the Paro valley. It is the oldest Dzong and in the 8th century Buddha came to meditate in the caves there. This peaceful place attracts tourists. In next 30 mins drive you can visit the museum watchtower and an additional one hour to exit to Uma.

From the National Museum in the Ta Dzong takes a 2 hours hike along the hillside to Zuri dzong and then to the Uma resort, from where your cars will pick you up. It gives you a nice view from the valley. Tashichho Dzong was originally built in 1641 and was rebuilt in 1952 by the third king and is now used for seating of the Royal Bhutanese Government since 1968. It is also known as fortress of glorious religion. It now houses the throne room and offices of the king. West of Dzong is a small tower of Ney Khang Lhakhang which has the statue of Shakyamuni Buddha and other deities.

There are many other attractions like Kurje Lhakhang, Chime Lhakhang, Trongsa and many more.