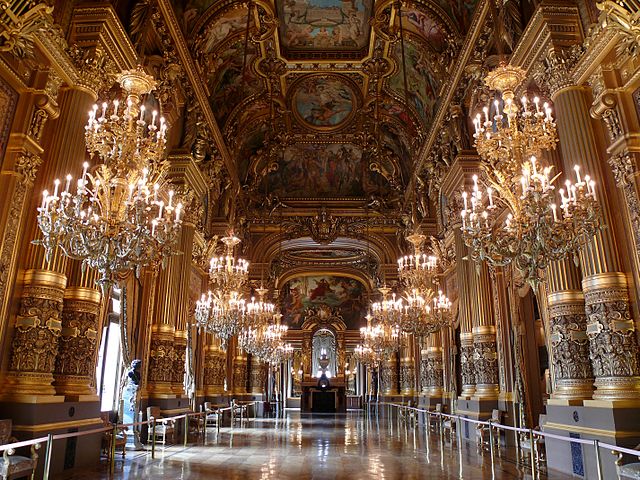 Retro, according to Merriam – Webster dictionary terms is “relating to, reviving, or being the styles and especially the fashions of the past: fashionably nostalgic or old-fashioned”. It can be construed and fashioned to clothes, furniture, buildings, appearances and places. If you are the Retro type or amazed by it, the city of Paris has some of the best and beautiful attractions for sight- seeing. Paris is famous for its fashion, art, wine, culture and the 19th century cityscape. It has the famous Eiffel tower and the 12th Century Gothic Notre- Dame Cathedral. Paris has also some of the best retro attractions in the world. Founded by actor Jean-Paul Favand, it has artefacts from the 19th and 20th century. He calls it the Living Museum because of its retro fairground with carousels and carnivals. The place allows you to experience these and is quite busy all year round. It has the famous bi-cycle powered merry go round, the wooden elephant, the house of mirrors, wax statutes of some Victorians. Magic Mirror, the Belgian dance floor built in the 1920’s was transported via 15 goods wagons. It is required to book in advance as it is not open all year round and the tickets cost only 10 Euros for adults and 8 Euros for Children between 4 and 11. The arcades were built during the 19th century for shops. There were 150 passages and after the renovation only few remain. It is privately owned, has glass ceilings and is decorated tastefully. The passages are lined with shops and in the 19th century, the shoes of the people who entered were cleaned before entering. Bouillion Chartier is a historical restaurant built in 1896. The restaurant has a high ceiling supported by columns and is open all year round. The waiters are dressed in formed attire Rondin, a fitting waistcoat. You can find it crowded and the lines reaching the end of the street. You will be eating with strangers, a practice to accommodate the crowd. Cirque d’Hiver
Cirque d’Hiver is “Winter Circus” was built in 1852 and was originally named Cirque Napoleon in honour of Napoleon III. The building is oval polygon in shape and has 20 walls. Inside, the seating is like that of the Colosseum with a low ceiling to support the acts. The seating arrangement could hold 4,000 people but later reduced to 2,090 for safety reasons. Jardin des Plantes
The gardens found in 1626 covers 28 hectares and have a zoo and a botanical school inside. It was originally called Jardin du Roi and was used to plant herbs in 1635. It was managed by few and has 6,963 species of plants along with a maze. The maze is called Labyrinth and exists even today. Currently, it has 4,500 species planted based on their family. The rose garden has hundreds of species and was created in the year 1990. Muséum National d’histoire Naturelle
The National History Museum was found in 1793 at the time of the French Revolution. The Museum contains many valuable artefacts and its main objective is research and public distribution of knowledge. You can find the Gallery of Evolution with fossils of dinosaurs. There is the Galerie des Enfants on science especially for children. There are galleries on meteors and global warming. There is the Grande Galerie de l’Évolution which has the life sized animals like elephants and tigers. The Museum is huge and if you are with children, it is a must visit place.