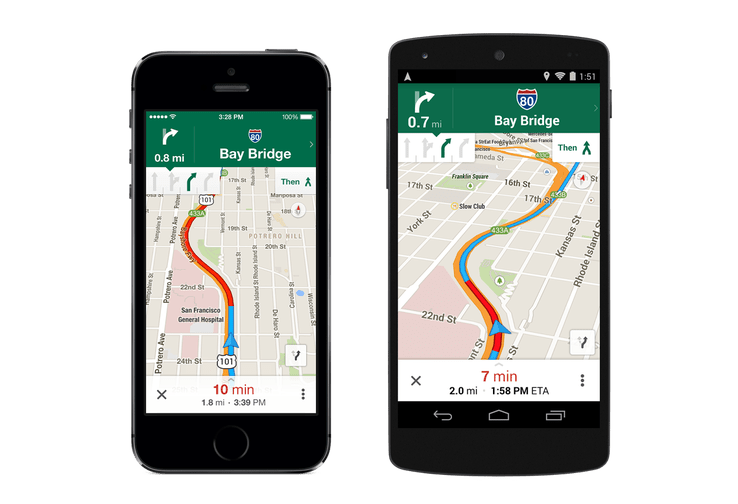 Travelling in a foreign country has always been a hassle bound affair but Google Maps has helped in removing a lot of such hassles. Google Maps now offer a handy function which allows user to save any location which will remove the burden of searching those locations again. If you are navigating in a foreign country then it becomes cumbersome to search for various locations again and again. Google Maps new feature will help users in simply searching for the locations once and it can be saved for later uses. Google Maps will denote the saved location on the app with a star sign which will help in promptly checking out the place on the map. Save location set to change the way people travel

Google Maps has been a handy app for a long time for the tourists and locals to find new and old places alike on any location. But each time any wishes to have some great coffee at a particular restaurant then it requires the complete searching task. This new and clever feature in the Google Maps of simply saving the location will certainly change the way people travel in the long run. It not just saves user from the frustrating task of retyping the location again but also helps in marking the location with a star sign for quick reference.

Save location feature will be a boon for keen travelers who love to roam around the world. This feature will ensure that you never lose the location of a remote restaurant where you had an awesome meal or a lesser known shop known for offering great deals on branded products. Furthermore one can also use this feature to plan ahead in the future by simply saving a large number of locations which you would like to visit when you are in that particular country.

How to make use of the Google Maps save function

Google has ensured that using the ‘save function’ remains simple and can be used by the user swiftly. A user is required to open the Google Map app and type the location of his or other choice. When the correct destination appears on the screen then select the tag to expand the location completely. Finally give a simple click on the save button next to the location and a star will appear in that particular area signaling that you have successfully saved the location.

From now on whenever a user opens up the Google Map then it show all the saved location with star sign. In case you wish to deleted the saved locations then simply give click on the ‘unsave’ option. Google is set on making the world’s most used map application into the best one by unveiling more and more features. Google has also introduced the offline map feature in the Google Maps app which helped users in saving the maps of a particular area for offline usage. However ‘save location’ will come handier when travelling through foreign countries and locations.