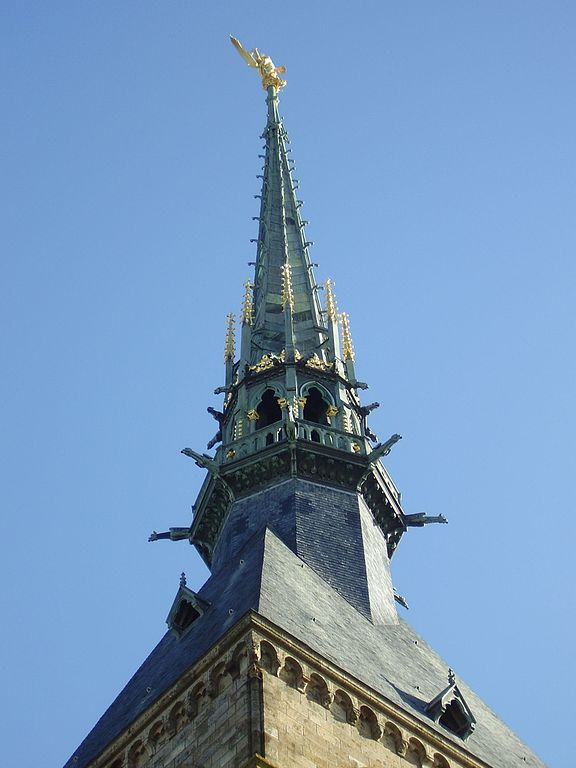 In north western France, in the region of Normandy, is this beautiful place called Mont Saint Michel. It is one of the most visited tourist places in France and is classified as UNESCO heritage site. Though this place looks like a church, it is not so. It’s a whole medieval city built on a rock. The highlight of this city is the church but the city though declared as a heritage site, still has inhabitants. The city has houses, street, hotels, and shops to cater to the tourists who come to visit this place. This city was founded in 708 AD and was dedicated to Saint Michel. Mont Saint Michel’s monastery functioned as a famous monastery during the medieval period. At a later point of time, the island became the possession of the English. But again, the French conquered it, burnt it and rebuilt it.

The fine medieval architecture is what makes it the centre of attraction for tourists. There are different parts in the city that belong to various periods, especially the abbeys and cathedrals. The northern side of the Mont has buildings that are called ‘The Marvel’. The dining room, which is from the early 13th century, has a barrel roofed structure and is bright with recessed windows. The Guest hall that dates back to 12th century has numerous fire places. The other architectural splendor worth seeing is the ripped ceiling. There is also an underground chapel which was discovered in the early 19th century.

Again, the architecture of the Abbey is worth watching. Services are held by the monks in the abbey and there are also night time visits allowed. The Brittany American Cemetery and Memorial

5000 Americans died in 1944 during the Normandy and Brittany campaigns. They were buried at this cemetery. This memorial is located 25kms away from Mont Saint Michel.

Want to have a spectacular view of the whole bay? Take a walk on the eastern section of the ramparts, from the North Tower to Porte du Roy. You can also take a guided tour that walks on and across the bay.

You can either take a walk or go by bus 6 (by Maneo) or rent out cycles or use buses to the train stations in Rennes and Dol de Bretagne to access the place. Shuttles are operated 24 hours a day.

For tourists who want to have a taste of the French food, there is a crepe shop that is situated at the bottom of the Grand Rue, up a 15th century staircase. This restaurant is called the Creperie La Sirene.

There is one more shop that is very good at picnic supplies called Super Marche.

The Rocky slopes and the splendid architecture of Mont Saint Michel surrounded by the sea and the tides that can reach 15m are worth a visit!