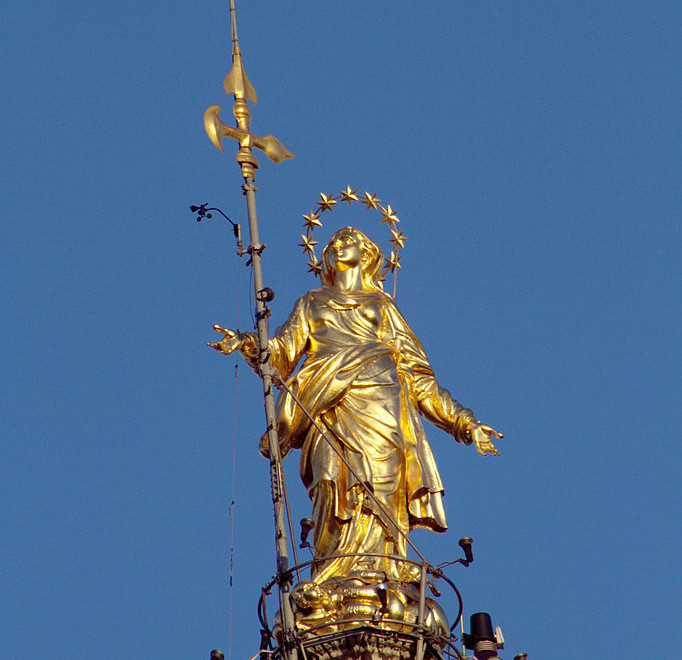 Italy has some beautiful and famous cities. Biggest and probably the best is Rome. The capital of Italy and the home of the Pope living and working in the city state called The Vatican. You have Venice the jewel of the Adriatic Sea with its canals and history as a shipping center in the past. You have Florence about 3 hours north of Rome. The Home of the Renaissance, and where the statue of David by Leonardo DiVinci resides in a museum there. But one city that keeps getting left out among those wanting to go to Italy is Milan. Italy. Milan is the financial capital of Italy and one of the most important cities in Italy too. It is second in population of all the cities in Italy. But it is the largest urban and metropolitan area in the country. It is never really considered one of the more beautiful cities in Italy, but this is not true. Part of the reason for this is the fact that during World War II is was bombed extensively by the Germans.

Why people like to go to Milan is for the Italian life style of la dolce vita…the sweet life. You have fashion there, you have football (soccer) you have the opera, and tons of night life to choose from. Milan has rebuilt itself into a thriving metropolis. And fashion models and designers flock to Milan.

But don’t be fooled by the new Milan, the old Milan has 26 centuries of history behind it and a wonderful heritage that deserves being explored. The city is most famous for its historical sites that remained after the war. At the top of the list is The Duomo, or cathedral. Sitting right in the center of the Historic District. Don’t think you will drive up to the Duomo and park. There are no cars aloud in this part of the city. Pedestrian traffic only. You have La Scala, one of the world’s most well-known opera houses. And you have the Galleria Vittorio Emanuele, an ancient and glamorous arcaded shopping gallery. Not to be missed if you are in the mood for shopping or just browsing. And don’t forget to see the Castello Sforzesco, a grand medieval castle and the UNESCO’s World Heritage Site Santa Maria alle Grazie Basilica. It contains one of the world’s most famous paintings: Leonardo da Vinci’s The Last Supper. There are other versions of the last supper, one in Florence, but this is the original and the one everyone wants to see. You can visit Milan year round. But don’t forget, Museums are generally closed on Mondays. I would suggest going in autumn, when the weather is cooler, Italy can be warm in the summer months. And in the fall it gets rainy and foggy in Milan. This time of year you will most likely see only tourist.

In winter Milan gets rather cold, often below or around zero (centigrade) but the weeks before Christmas, Milan comes alive with Christmas decorations and it’s a site not to be missed. Lights, Christmas trees, Vendors in the market place are everywhere selling all kinds of gifts for Christmas. The shops and windows are all decorated for the season. And the streets get very crowded and busy. AND NOISY. Spring, the weather is similar to that of autumn. Everyone goes back to work, and then it seems more quiet, yet serious unlike that of the winter. The parks get nice to visit, as the trees blossom. The city is also quite nice to visit at Carnival, this is the time at the end of Lent, where people dress up and celebrate, where there are special services held in churches and some special events. If you can find a Good Friday Procession DO NOT MISS IT. These processions are common on Good Friday in Italy, and are a moving example of the religious feeling of the area.

In summer, is extremely hot and humid, with a rainstorm here and there. In July, most shops remain open. In August, as the locals go off to take summer holidays. Many businesses and shut down. The city becomes quite empty with not many tourists strolling around, and with many of the main sights shut down.It’s good if you want to enjoy the city to yourself when it’s quiet, walking in a silent park. Despite the fact that many businesses shut down in this season, some still do remain open. You will be able to find some open shops, restaurants and museums.