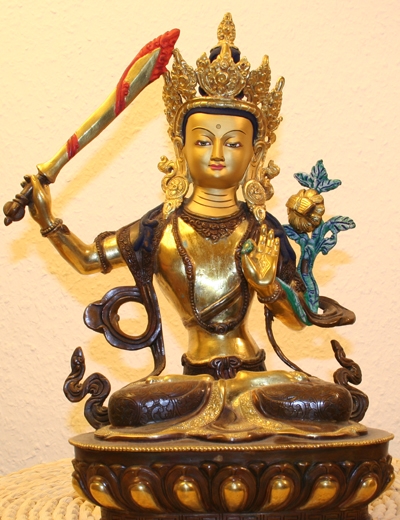 Tourism is the backbone of the economy of Kathmandu, the government and the people are cordial and welcoming. It is of common knowledge that trekking on the ‘Mount Everest’ is one of major tourist attractions making Kathmandu appear on the list of the top 10 destinations to travel in the world. Kathmandu is the only metropolitan city of Nepal and has various places to be visited that are rich in culture and ancient history. But that is not the only reason we state for visiting Kathmandu. Not many know that this city houses many buildings and places which have been given the status of ‘Heritage’ by UNESCO and this is also why one must visit Kathmandu.

Here are some of the places that are a tourist’s treat. This is a holy place for the Bhuddists, being assigned the heritage status it is the largest temple in Nepal. The temple is surrounded by about 50 monasteries and small shops that sell Tibetan artifacts. The temple is rich in symbolism and has five statues which represent the five elements of nature, has nine levels representing the Mount Meru and 13 rings representing the steps to attain enlightenment. This is another heritage site declared by UNESCO. This place houses the royal palace and the temples visited by the monarchy. This ancient city has its interesting features such as the statue of the Pratap Mall, the Hanuman Dhoka temple and hippie residences from the past. A traveler’s paradise,Pokhara is known for the tranquil and serenity it renders. The emerald green waters can be explored using a boat and one can get a view of the sacred Machhapuchhare Mountain (which is forbidden to step on). For those who crave the adrenalin rush, you can indulge in white water rafting or paragliding. This place is just a few miles drive from Katmandu and an adventurous spot that no one would want to miss.

Well, another site with the world heritage status. Being the first national park in Nepal, the park is situated in the south west of Kathmandu. The place which once used to be a hunting ground has been converted into a park. This area is separated from human settlements through a natural barricade by the Narayanni – Rapti River. Visitors get a good view of the rhinos, deer, monkeys, different types of birds. If one is lucky you may even encounter leopards and tigers. Present to the north of the Boudhanath Stupa, one can reach the monastery by taking a taxi or a bus ride or alternatively by hiking. This place is all about calm and will be a treat for meditation lovers. A concourse will be hosted by the monks and the public can listen to it. The monastery also offers courses in meditation and yoga over longer periods for those who are willing and can afford it.

So if you are planning on your next place of visit in Asia, Kathmandu is a good choice and we have told you why.