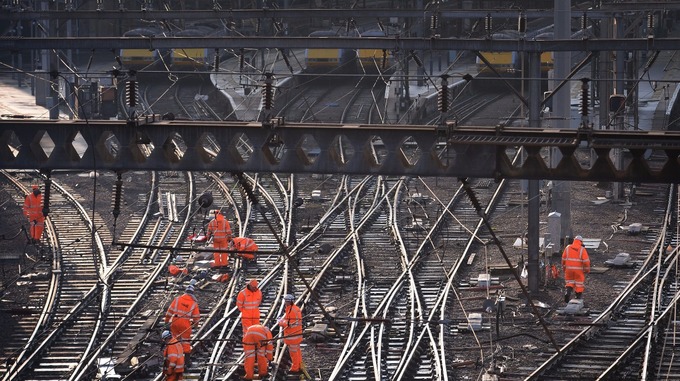 Christmas is that time of the year when people are all happy and enjoying with their loved ones. It is also the time when people start traveling a lot, and train routes gets busy. However, the timetables are changed over Christmas. Moreover, it is South East and London affected the most by this sudden change in the schedules.

Slight changes made in time tables

One of the changes made in the Liverpool time table is that trains will not run between Billericay and London Liverpool Street from 24th to 27th December. Another change made was that trains to Norwich will only run between Norwich and Witham. From 28th December to 2nd January those traveling from Witham and London Liverpool Street must use the London Underground Central Line. On 27th December buses replace all the RFL trains. There are no trains available on the routes connecting Chadwell Health and London Liverpool Street. Moreover TFL trains will be replaced by buses on the route connecting Shenfield and Chadwell Health. Customers do not have to worry about tickets, as the train tickets will be applicable for the replacing buses.

Few changes made in railway routes

On 24th December, trains will not be accessible connecting Clapham Junction and London Waterloo due to a major improvement work. A variety of changes have been made for Christmas in the network connecting London Waterloo. From 24th December to 2nd January train will not operate connecting to London Paddington due to a major improvement project. The Heathrow Connect & Heathrow Express trains will not be available from London Paddington. Customers will be able to access train between Heathrow Airport Terminals. Travelers need to find alternative transport options from Heathrow Airport Terminals.

Trains connecting Bristol Temple Meads calling at Didcot Parkway and hourly service will be available to and from readings.  Due to a major improvement project trains from 24th to 27th December connecting London Bridge, London Canon Street and London Charing Cross will not be available. All services to and from London Charing Cross and London Canon Street are diverted to start from London Backfairs, London Bridge and London Victoria.

Those who have train tickets do not require going through the hassle of re-purchasing the tickets. They can simply use their train tickets in certain alternative transport options. Christmas Travelers can use their tickets in Dockland’s Light Railway connecting Greenwich and Levisham. TFL buses will run on routes 436, 321, 136, and 21.

The prepurchased railway tickets could also be used by travelers for the transport connecting London Bridge and Southern Services New Cross Gate. The Manchester Railway routes will be closed for changes being made in creating new links to city’s main rail stations. Passengers will be able to travel in replacement Oxford Road Services buses from 18th to 28th December.

The railway authorities have advised to plan the Christmas Eve journeys in advance, in order to avoid any chaos. In spite of this change made in the railway schedule, 95% of the rail routes remain unaffected. These small changes will make the railways even more efficient and reliable for the next years.