5 Reasons Why You Must Visit Baku in Azerbaijan 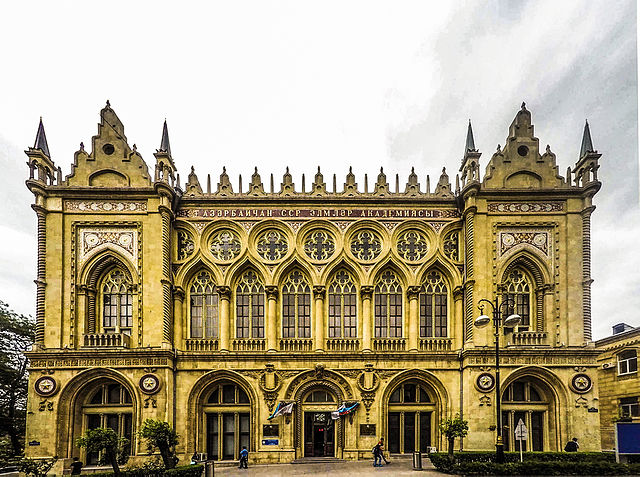 Baku is the capital of Azerbaijan and is situated neat the Caspian Sea. The city is famous for its cultural heritage and its industrial trades. It was named “The City of Winds” due to its toughwinds throughout the year with maximum recorded speed of 144 kph. The summers in Baku are mild and the winters are wet with rainfall.Baku is a famous tourist attraction in the Caucasus region after its independence from the Soviet Union in 1991 and its petroleum boom. Did you know that Baku has records that civilization existed from the stone ages and Bronze ages? The Romans came into the city in 1st century AD and was later occupied by people from other civilizations. If you are inspired by history and architecture along with some fun on the beaches then Baku is the place. Is visiting Venice on your list of must visit places? Well strike it off, cause there is “Little Venice” a city in Baku located on the Baku Boulevard. It was built in the year 1960 and currently measures 10,000 sqm. There are two large and many small islands in this city. Boats are provided that can fit 4 people. It has many channels of water and the city is peppered with cozy cafes and restaurants. During the 15th century, Ibrahim I of the Shirvanshah dynasty relocated his capital from Shemakha to Baku after the former capital was destroyed from earthquake. He built the palace with the scared tomb in the center. It has wells, Palace bath house, Palace Mosque and Mausoleum and is the largest piece of architecture in the city of Baku. It is open to the public from 10 AM to 5 PM. As the name goes, Azerbaijan Carpet Museum showcases carpets from various periods. The museum was built in the year 1967 and is currently in a new building that is shaped like a carpet from the year 2014. The Museum also has other artefacts like ceramics, metal works, jewelry, garments and applied art works. Baku Ateshgah is also known as “Fire temple of Baku” is located in Surakhani and is a castle style temple worshipped by the Hindus. Inscriptions in Urdu is found inside the temple and was built in the 17th and 18th century AD. It got its name from the fire that was continuously burning fed by the provision that provided natural gas. When the gas and oil plants developed around the temple, the natural gas resource was depleted. Icherisheher is famous for its skilled architecture and was once a bustling center for trade and leisure.Sever handicraft sectors were formed such as pottery, glass ware, metal ware and valuable items. The Icherisheher is built like an amphitheater and is housed on a hill and is surrounded by walls similar to that of a fort. Now, the walls enclose several restaurants, galleries, museums and hotels.