10 Things to do in Athens 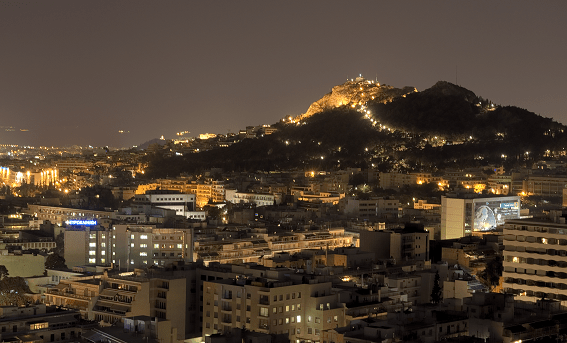 Athens, the capital of modern Greece is recorded to have one of the oldest civilizations in the world. It holds a testament for the first democracy and the legendary Socrates and Plato are from Athens. A city rich in history is responsible for the foundation of the western culture.

Located on Athinas street, the central market is famous for its fresh produce of meat, fish, vegetables, grains and cheese. The market is open on Monday through to Saturday and from 8 am to 6 pm. The shopping area, Athens Chinatown and Eolou Street are located nearby. You can just go for a walk and cover your shopping and dining. The restaurants, with the fresh produce available nearby provide finest food and at reasonable rates.

Acropolis is a historical archaeological site located on top of a hill. It holds most of the main building of ancient Greece. It has been arranged in such a way that you can just walk up the hill and explore by yourself. Best time of the day to visit is the morning and the evening before the sun goes down. The path is lined with cafes and restaurants. The architectural marvel took 9 years to build and was completed in 438 BC. It was constructed to house the statue of Athena. As you can see the columns are supported by stones. Each column is however different from the other and cannot be kept in the place of another. The stones and columns fit together in only one possible way as in the picture. The lines on the column which appear to be straight are in fact not. Architects understood the location of the place and drew curved lines to look straight.

The Thission temple was built in 449 BC for Theseus and the surrounding area was therefore called Thission. Later findings have contradicted this as it was found that it was actually built in honour of Hephaestos and Athena. It later became a church to worship Saint George known as Saint George the Lazy due to the church being open on only one day every year. Located at the centre of Athens, Mount Lycabettus presents a wonderful view. It also has the famous amphitheatre where you can watch plays, bands, acts and musicians play. A train takes you up the mountain and you can walk your way down. The path has some beautiful cafes and restaurants and walking down can lead you to any neighbourhood surrounding the mountain.

The locality is famous for its numerous shops and holds a few ancient buildings. It has the Brettos distillery, the outdoor Cine Paris where you can watch movie from on top of the roof, some famous churches and great artisan’s workshops. Located in Sounion, on top of a hill it presents the perfect place to watch the sun set. Temple of Poseidon was built to worship the Sea God and is found overlooking the sea. It has the carving of Lord Byron. There is a beach located beneath the hill where you can go for a swim.

If you miss the nightlife, Psiri is the place. It has a number of cafes, restaurants, bars and nightclubs. The place became more commercial during the Olympics in the year 2004. It is one of the crowded places in Athens and a great hangout place.

The Stadium holds the pride in hosting the first Olympic Games in 1896. It is also known as Kallimarmaro – “beautifully marbled”. It is one of the oldest Stadiums and is made completely of white marble. It is used to conduct sports and other events. Its seating capacity was once 80,000 and is currently limited to only 45, 000 seats.